A NEW simple procedure which involves gently scratching the lining of the womb in the month before IVF treatment, potentially improving treatment success, is being tested on first-time IVF attempters in a groundbreaking study.

Gynaecologists and scientists at Jessop Fertility are testing the technique – known as endometrial scratching – purely on women about to have IVF or Intra-cytoplasmic sperm injection (ICSI) for the first time.

The £1,264,780 multi-centre study, funded by the National Institute for Health Research’s Health Technology Assessment Programme, is running at approximately 10-12 nationwide assisted conception units including Sheffield’s Jessop Fertility. If shown to improve the success rate of embryo implantation, the trial could lead to endometrial scratching being offered routinely to all women having their first IVF treatment cycle.

Previous trials into the technique have focused on women who have had IVF at least once before – but initial findings from this research are highly promising, with pregnancy rates in women undergoing IVF doubling from 29 per cent to 49 per cent. The number of live births also increased from 23 per cent to 42 per cent.

The technique involves placing a small tube about the size of a drinking straw through the neck of the womb and gently scratching the womb’s lining. The ‘scratching’ releases certain chemicals believed to help the fertilised egg implant in the womb’s lining – increasing the chances of a successful pregnancy.

Mr Mostafa Metwally, a Consultant Gynaecologist and Sub-specialist in Reproductive Medicine and Surgery at Jessop Fertility, Sheffield Teaching Hospitals NHS Foundation Trust, said: “The use of endometrial scratch has not yet been fully tried in women who are about to have IVF for the first time. If found to be beneficial then it could be used to improve the chance of achieving a pregnancy for a large group of women without the need for repeated IVF attempts, so we are delighted to be leading the way with this research. By the end of the study we hope to be able to tell whether or not endometrial scratch should be offered routinely to women having their first IVF treatment cycle.”

The study will involve 1,044 participants and run over the course of two and a half years. Women taking part will be randomised to receive the Endometrial scratch or not prior to commencing their planned IVF/ICSI treatment, and need to be 37 years or younger.

To find out more about the Sheffield study visit the trial website at http://www.sheffield.ac.uk/scratchtrial or contact clare.pye@sth.nhs.uk. 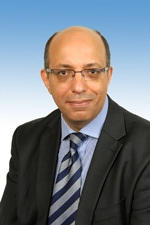 We’d love to answer any questions you may have. If you would like find out more please complete our contact form or send an email to v.kitcheman@nhs.net